I had been warned that this book was terribly gruesome and harrowing and that made me hesitate to read it. I should remember not to be put off by other people’s warnings and only make my judgement once I have started reading a book – this is an incredible novel. It won the Man Booker Prize last year and the chair of the judges, AC Grayling, said: “Some years, very good books win the Man Booker Prize, but this year a masterpiece has won it.”

Yes, it is hugely harrowing and people who lived through World War Two, or those who cannot face brutality, may well not want to read it, being about Australian prisoners of war who worked on the infamous Thailand-Burma Death Railway. At times I had to take breaks from reading about the abuse suffered at the hands of the Japanese; it is told in horrifyingly graphic detail with no description spared, yet I feel it is important to know all this to understand the depth of the novel and, if nothing else, for the reader to know the realities of what went on in that part of the war.

Simply put, this is a novel about war and love, yet it’s also about good and evil, about power and submission, and about cowardice and bravery. The protagonist of the book is a man called Dorrigo Evans, a doctor who enlists at the beginning of WWII and whose unit surrenders to the Japanese in Java. As a colonel and a surgeon, Dorrigo becomes the leader of the prisoners and is hailed after the war for his bravery, becoming a famous war hero. He tries as best he can in the camps to look after his men, often intervening with the Japanese generals.

Dorrigo is a flawed hero; a reluctant leader, he often feels he has no place to be the one to have been put in that position in the camp, and he is a man deeply in love with his uncle’s wife, with whom he had an affair before the outbreak of the war. His love affair with Amy haunts him constantly. Dorrigo marries after the war, knowing he does not love Ella, and spends the rest of his life in a suspended state of reality, unable to feel anything at a meaningful depth.

Flanagan shows us the lives of those soldiers who survived the war, the hopelessness that pervades their lives and the effects of what would now be called post-traumatic stress. He also takes us into the minds of the Japanese generals after the war and we see the justifications made by them for their behaviour, believing what they did was simply in service of the Emperor and the greatness of Japan, although they fear reprisals.

Flanagan skilfully takes the reader backwards and forwards in the book, from the war camp to Dorrigo’s childhood, to the camps and back to his love affair, from his marriage to his post-war empty life – it kept my mind sharp but never confused me. His writing is beautiful, even when he writes about the utter horrors of the war camp, and I spent most the book feeling haunted by his words; still do, in fact.

I feel I have barely touched the surface of this novel, it’s one I need to go back to and read again to appreciate Flanagan’s expert handling of the story. I have also barely touch the surface here in this review; there is so much more complexity to the novel, such as the poetry taken from a 17th-century Japanese poet called Basho (the title comes from one of his haikus). 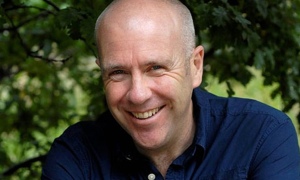 I would warn anyone wanting to read it that this is a book of brutally graphic descriptions of cruelty and suffering, yet that they would miss out on a masterpiece if they don’t.

Constant reader, sometime writer, school resource manager. I can't imagine a life without books, nor my children, my cats, my dog, my family, my friends. I belong to two book clubs, and I don't mind whether I read a paper book or an electronic one - as long as I read. View all posts by Nella

I started this blog because friends kept asking me to recommend a good book - and my memory isn't good enough to remember the name and author of each book I read. This blog contains reviews of the books I have enjoyed.